The scientists manning the Norwegian research station in Antarctica, known as “Troll,” came to crawler carrier manufacturer Prinoth in 2018 with a problem. 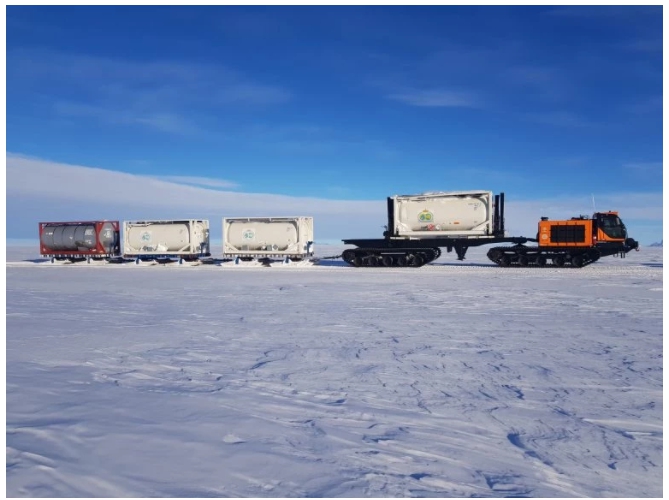 They needed a way to haul large loads with fewer personnel and create as little impact on the environment as possible. Heavy equipment parts catalog: website AGA Parts company. That meant a fuel-saving and lower-cost solution.

So with the undercarriage of its Panther series crawler carriers as a model, Prinoth developed a machine able to carry 120 tons in one load about 185 miles from seaport to the station, said Prinoth engineering director Eric Steben during a media event at this month’s ICUEE show.

For about a year, the machine has been transporting equipment, fuel, supplies and parts to the station, which is staffed year-round. The station is being used for research in meteorology, glaciers and seismology, among other studies.

The Prinoth machine uses large rubber tracks and a trailer that is also self-propelled. It can haul loads, as well as pull containers on sled-equipped trailers, and is equipped with a self-loading crane. The design was focused on traction and weight distribution and an ability to operate on all types of surfaces.

It took about a year to develop, Steben said.

“So far the machine has run for almost one year,” he said. “It’s still proving that it’s a very good solution.”

The company plans to send a team next month to study how it can improve the machine and further develop it for other countries and projects.